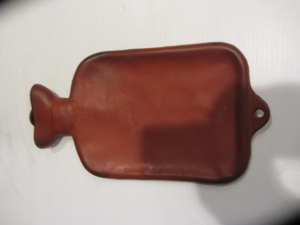 Hot containers were used to warm beds as early as the 16th century.  Originally hot coals from dying embers of a fire were put into metal containers. They were replaced by hot water bottles made from copper, glass and earthenware.  The modern hot water bottle was patented in 1903.  As homes became better heated and electric blankets and heating pads became more convenient, the use of the hot water bottle declined.  However, they are still used in Australia, Ireland, United Kingdom and in some developing countries.