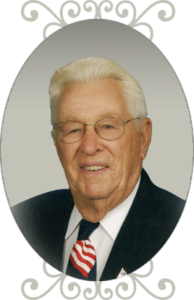 The Paramus Fritz Behnke Historical Museum is named after Fritz Behnke, who was born in Paramus in 1919.  His family has lived in Paramus since 1886.  Fritz grew up on his father’s vegetable farm until it was sold in 1951.  At that time, Fritz and his two brothers, Walter and Donald, started “Behnke’s Paramus Building Supply” on Route 17 and Century Road.

For many years, Fritz enjoyed being the official Historian of Paramus, and was the driving force behind the creation of the museum.  His goal was to preserve the memories of the past by showing people the way life was lived many years ago.  Although Fritz passed away in April 2012 at the age of 93, his memory and passion for this museum lives on.  Today, Fritz’s son, Fred, along with many other dedicated volunteers, proudly give tours and share their personal experiences about the way things used to be.

Visiting The Fritz Behnke Historical Museum is like taking a walk through the past.  As you reminisce with us, we hope you will get a glimpse of how life was lived in yesteryear.

Imagine for a moment a farm community nestled in the heart of Bergen County.  Picture a peaceful community comprised of black dirt (muck) and upland farms with acres of celery, corn, tomatoes, spinach, eggplant, and peppers as far as the eye can see dotting the landscape.  There were greenhouses and barns, trucks and tractors along with chicken farms and dairy farms.  This is Paramus 90 years ago!

As you walk through the first floor of the museum, check out the furnishings of the farmhouse, including the utensils used for cooking and cleaning, washing, ironing, and sewing, which were all part of a housewife’s daily chores.  One of the first electric washing machines is on display, a duplicate of which is currently in the Smithsonian Institute in Washington, D.C.  Other items on display include an old ice box (refrigerator), a wood-burning stove, and an early gas stove.  Take notice of the many toys that the children played with, such as dollhouses, scooters, toy tractors and board games.  Farmers worked from dawn to dusk 6 days a week, but on Sunday they rested attended church, and visited with friends and family in the “Parlor”.  A radio, such as we have in display, was the only real contact with the outside world.  The only entertainment of that time was sitting around listening to records on the RCA Victor-Victrola, also on display in the museum.  Life was so simple back then!

There is also a replica of an old school room, an exhibit of Police Department and Fire Department memorabilia, and a very interesting exhibit displaying the history of the Bergen Pines County Hospital.  There are many photographs of “old” Paramus including the amusement park and bathing beaches, former businesses and restaurants, historic homes and the many “mom and pop” gas stations and businesses that were scattered throughout the town.

On the lower level are displays of woodworking and blacksmith equipment, along with an extensive array of farm implements.  The farm display depicts the two distinct types of farming in Paramus; the west side of town which had muck soil that was perfect for growing celery, and the east side of town which had rich brown soil where vegetable farms thrived.

Observe the hand and horse-drawn equipment used to cultivate the soil, which was later replaced by tractors.  One of the items on display is a shovel hand-carved from one piece of wood!  Also worth seeing is an original Eggomatic machine that was used for candling and sorting eggs, which still works today.
Sit and relax while watching an interesting eight minute video presentation that elaborates on the history of Paramus.

As you walk through the Museum, reflect on the way things used to be, and marvel at how far we have progressed!  We hope you catch a glimpse of life as it was in yesteryear, and trace the many adjustments rural America had to make to keep up with the growth of the time.

Visit “The Paramus Fritz Behnke Historical Museum” for an enjoyable tour of yesteryear!